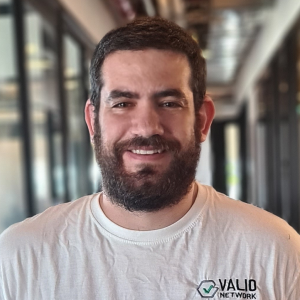 Enterprise blockchains are starting to gain popularity in recent years.

After the big hype around digital currencies has slowly subsided, the interest shifted to the technology that formed the basis for these currencies, the blockchain, and the possibilities it holds for organizations.

Private blockchains are not the same as the public blockchain networks we are familiar with- such as Ethereum and bitcoin. Enterprise blockchains are permission base and governed by either a group of entities or a single organization and require an invitation to join the network.

There can be different levels of access rights and information can be encrypted to protect commercial confidentiality. This process of permissioning puts a restriction on who can join the network and in what capacity they can participate.

But the main attraction of enterprises stems from the capability of private blockchains to employ distributed ledger technology without making data public.

We will be diving into exactly what enterprise adoption means, what the current enterprise blockchain ecosystem looks like, and what the future holds.

Many companies around the world are realizing that blockchain solutions are an effective way to streamline their business processes and lower their costs. Blockchain has the potential to reduce market friction to a minimum, in many creative ways that answer all kinds of industries. This ground-breaking innovation is growing new leaders who are charting a path for their industries and producing change towards the blockchain revolution. Among the dictators of change can be found a few of the most powerful companies in the global economy today.

In the finance industry, JPMorgan has built its very own blockchain protocol and Coin to help banks settle transactions quicker. Hundreds of institutions are now using their Interbank Information Network (IIN) blockchain and resolving delays in cross-border payments.

IBM has built its own IBM Blockchain which is meant to be easier to set up and operate for non-coders. Food Trust is one of their several blockchain consortia. It is built to move complicated food supply chains to one shared blockchain network. Food Trust has tracked 18 million transactions for 17,000 products so far.

The USA government made public a patent application that describes a “Secure Voting System” based on blockchain technology, meant for use in the upcoming elections and may breakthrough for many other governments that have been considering the issue for a long time but have not yet taken actual action for technical, financial and political reasons.

‍Amazon offers blockchain tools for companies like Nestle, BMW, Sony Music Japan. These companies can use Amazon’s blockchain services and not have to build their own blockchain networks which can be costly and complicated

BMW, Facebook, Siemens, Nasdaq, Alibaba are just a few more examples of companies from all kinds of industries that are heavily invested in blockchain-based enterprise solutions and are pushing the boundaries of what blockchain can do for the global economy.

Enterprise blockchain-  A quick look at today and tomorrow

Confirmation that private blockchain is spreading rapidly and becoming an important issue in the enterprise world, can be found in Deloitte’s 2020 Global Blockchain Survey. The survey polled a sample of nearly 1,500 senior executives, and suggests that initial doubts about blockchain’s usefulness are fading as business leaders now see it as integral to organizational innovation.  The results of the survey indicate a perceptual change in how people perceive the blockchain and good news for the blockchain community. From a trendy hype, it has become an essential strategic issue for many companies, and over 55% of respondents have referred to it as one of the 5 most important strategic issues for their company in the next two years.

As you can see, The use of the blockchain is wide and varied, and it crosses geographical and industrial boundaries.  Still, there is no doubt that the financial industry is the major player in the blockchain arena. It was the first to adopt and according to a recent study by the University of Cambridge, it seems that it still holds a significant share of the market.

Looking forward to the future , As mentioned ahead, there are many organizations from a vast variety of industries that have already adopted blockchain to their system. The future seems quite good for blockchain technology. With approved capabilities and a great number of advantages, we shall see plenty of organizations use blockchain as one of the fundamentals technologies the company relies on.

Based on the findings seen above, the future of the blockchain seems bright and successful. If so, what is preventing mass and mainstream adoption today? Several factors have created an atmosphere of doubt and hesitancy towards blockchain-powered solutions in the global markets:

Standards need to be set

Regulations have always struggled to keep up with advances in technology.  The lack of regulation is a major cause of concerns among companies considering the implementation of blockchain-based systems.

The lack of clarity around the status of regulatory requirements has led governments and regulatory bodies around the world to express extreme responses to scandals involving blockchain technology by a total ban. On the other hand, some governments ignore the blockchain and allow for many loopholes in the law, which tarnish the nature of this technology and make it a tool for lawbreakers.

There is thus a strong argument for blockchain applications to work within existing regulatory structures not outside of them, but this means that regulators in all industries have to understand the technology and its impact on the businesses and consumers in their sector.

However, the international regulatory body FATF with help from other countries and financial institutions has been releasing incremental guidelines and standards for blockchain technology and its products. As regulations gets clearer, and global standards would be set, the operation space for the blockchain technology becomes clearer to which will boost confidence and in turn adoption.

Implementation thought to be costly and difficult

The speed and effectiveness with which blockchain networks can execute come at a high aggregate cost, which makes a lot of companies concerning blockchain to take a step back. It is not just about money, but also about the complexity of implementation and integrations into the company's operations, and of course, the professional manpower required from a successful process and its subsequent operation. Thus, despite the high-value proposition of the blockchain, it seems that a move in this direction puts many of the companies in a paradox of productivity, that they do not know how to solve, so they avoid it

This is a classic chicken and egg causality dilemma . The complete solution will only come with the advancement of technology and an increase in demand. Solutions will be built; costs will be balanced, and knowledge will be more common and accessible to everyone.

But seems that we are on the highway there. Some big names in the software industry like Microsoft, Amazon, and IBM are working to offer blockchain tools and products supported on their networks. Since big chunk of the industry can’t justify investing the time, effort, and resources to implement their custom blockchain solutions, those developments would help reduce the cost and complexity and encourage them to take part.

In addition to the barriers mentioned above, it appears from the surveys that have been noted in this article,  that one of the main barriers preventing organizations from currently implementing blockchain-based systems are concerns about security vulnerabilities and the lack of knowledge about dealing with this aspect.

According to Deloitte’s reports, 66% of respondents think cybersecurity concerns may hamper the widespread acceptance and use of digital assets and 35% see potential security threats as the biggest barrier of blockchain implementation.

Security issues are particularly sensitive for all companies in general, and financial companies in particular. And therefore they constitute the primary prevention of a change

Solving this specific problem may bridge many of the gaps that enterprises looking to implement blockchain-based systems are facing, and encourage faster assimilation.